Sand casting gets its name from the moulds, or engineered cavities, which are created from compacted sand and hardened by other materials (such as CO2) to hold shape while molten is poured.

The versatility of sand casting lends itself to the production of many shapes, combining intricacy and strength, which makes it an ideal form for products employed in industries such as mining. This method uses the mechanism of passageways to internal parts, allowing the molten to fill the shape and purposeful depressions to eliminate buildup of gasses. Lead times depend on design complexity, volume and machining requirements. 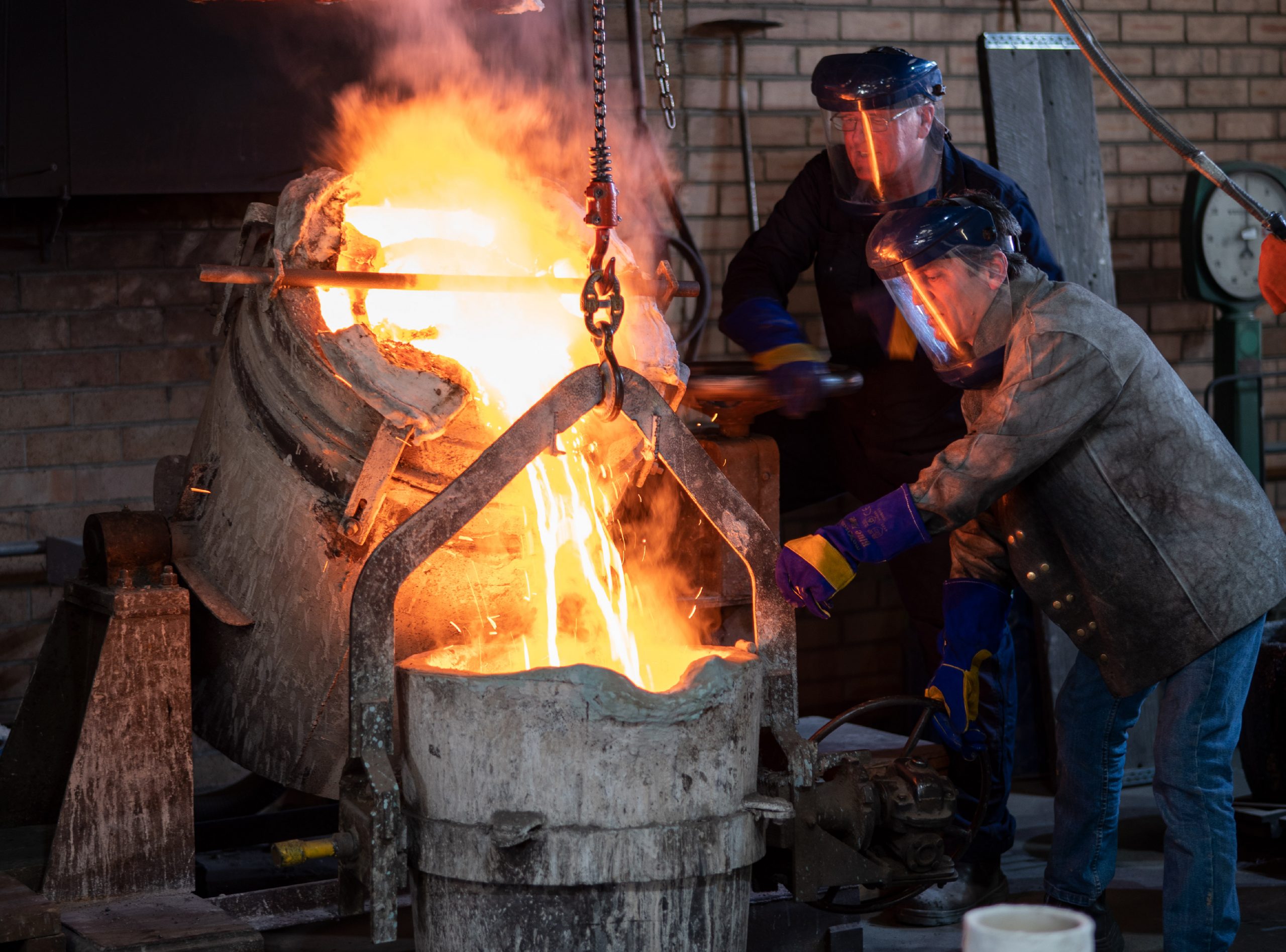 In our pattern-making stage, great care is taken to create allowances for the natural thermal contraction or shrinkage that occurs in the casting process. The ideal pattern is one that has been tried and tested previously, however, we understand that every client has different requirements. Because of this, we collaborate with a master pattern-maker to ensure that drawings and designs are executed accurately, and are suited to sand casting in particular. Patterns are primarily made from EPS (expandable polystyrene), wood, metal and synthetics. This decision is influenced by the desired tolerance and volume of the final casting.

Casting moulds can be made from a variety of sands with varying weights, grain and stickiness.

Making the mould entails forming two pieces, a cope (the top half) and drag (the bottom half). After the sand sets (using a non-machined, or traditional way), the halves are separated for the pattern to be removed. The introduction of a refractory material or coating aid in refining the finish and protecting the mould from turbulence generated by the liquid metal when it is poured into the mould. The two halves are pieced together, leaving a cavity that bears the desired shape. It also might include cores, a technique employed to produce internal passageways within the cast product.

Sand is a heat-resistance, refractory material and hardens around the particularities of a pattern. It is robust enough to hold the weight of the poured molten, but does not retract as the metal cools and hardens. Once the is cold to the touch, the sand becomes brittle and can be shaken out and broken away, leaving the final product on the foundry floor, ready for machining.

The temperature of molten is exceptionally important to the casting process. Each type of molten metal requires a unique temperature threshold to successfully fill the required mould. Under these conditions, the molten is poured into the mould, filling the cavity, defined by risers and the final product. Risers feed the casting with flowing metal and air, and are designed to solidify rapidly. Because of this mechanism, the shrink potential will be concentrated in the risers instead of the final casting, which will only undergo minimal contraction.

At Austral Brass, we employ tilt pouring. This process ensures smooth flow into the mould, eradicating any turbulence and drastically reducing and eliminating potential porosity in the final product. In general, the lower the turbulence, the lesser casting defects and oxidisation. Tilt pouring can be used for pouring any alloy. We take particular care with each and every casting, and if the metal has a high tendency to react with oxygen, we deploy argon shielding – protecting the metal from the processes of rapid cooling. 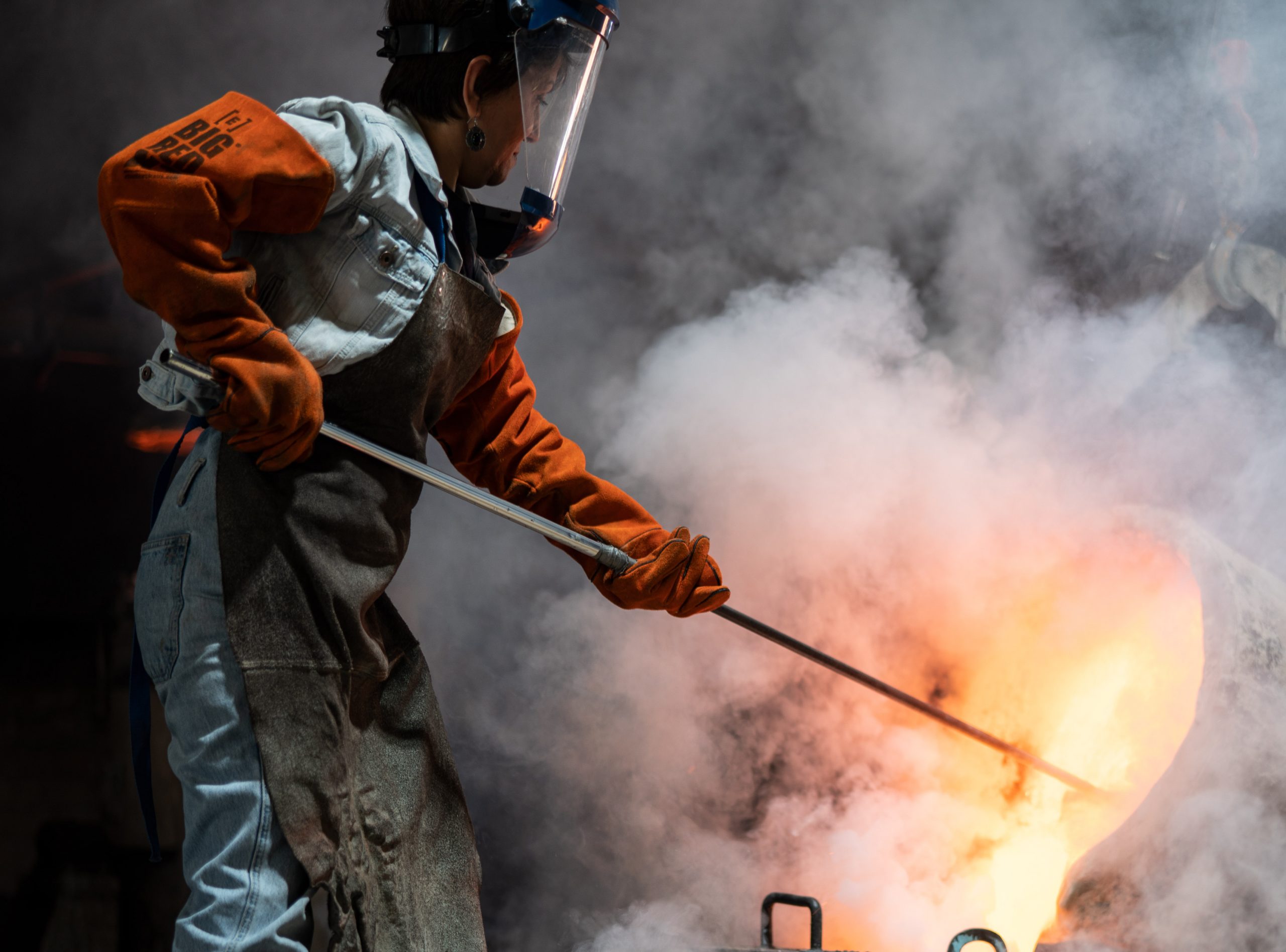 Once the casting cools, the sand is separated from the alloy material via a shake-out. The risers, gates, and runners that were moulded to ensure quality-control during the casting are cut, grind, and sandblasted in order to achieve the desired finish. Ideally, almost all products require some extra machining to achieve the exact tolerances and dimensions specified in the initial engineering drawings.

Non-destructive tests are also sometimes part of the finish. These may entail radiography, and fluorescent penetration, or any other inspection technique requested by the client. Final dimensions, and any testing are completed and verified by the head of our workshop before each shipment. 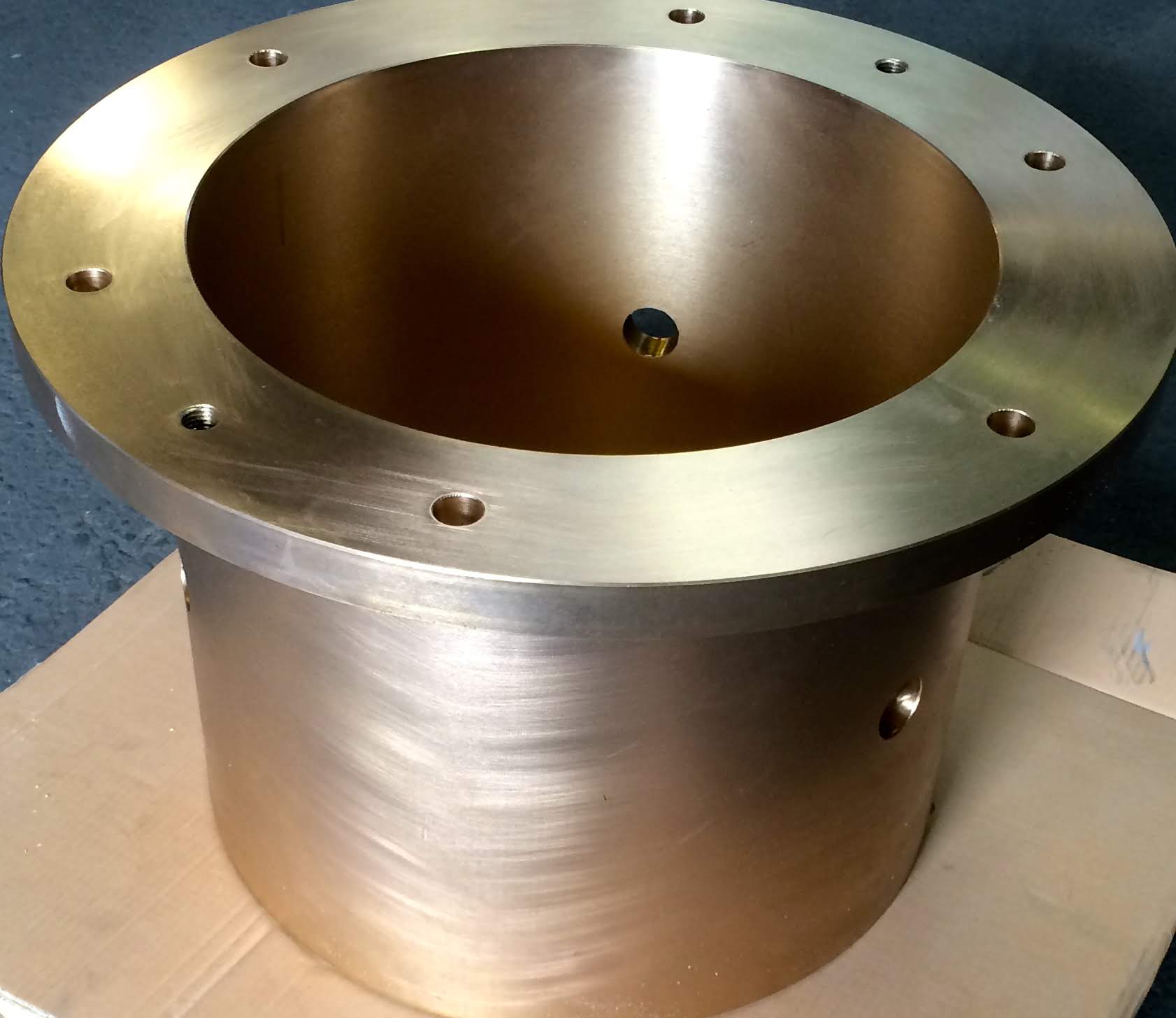